The Harbour House Hotel in Niagara-On-The-Lake (NOTL) is quiet and comfortable and the ambiance grabs hold of you the moment you step inside. The brick exterior trimmed with white welcomed us on a glorious winter Sunday afternoon. The snow and sub-zero temperature only added to the thankful feeling of arriving to a fire blazing in the large fireplace in the lobby making our arrival feel like a warm hug. 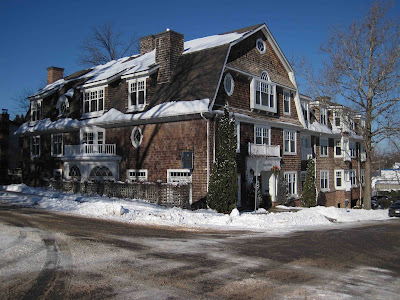 As we entered our room there was some natural light filtering through the shuttered bay window, accented by the bedside lighting and soft music playing. What a greeting! A king bed, window seat and a fireplace made the room. Unbeknownst to me the lamp behind the wicker chair by the fireplace was a trap. As I moved the chair later the lamp crashed to the floor in 3 pieces. I’m pretty sure this fall did not cause that – someone broke it and set it back up in hopes of escaping. 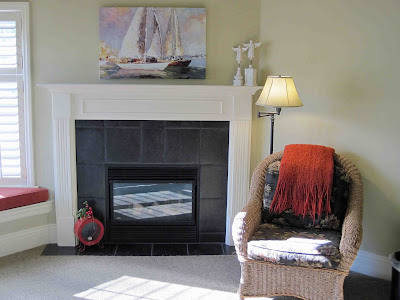 NOTL is known for wine and fine cuisine and that is the reason most people were there. In our case it was not the reason. We were checking out restaurants to see if we might have to sell the car or something to finance dinner. It didn’t take long for us to come to the conclusion that we wouldn’t be eating in this town any time soon. Except for the Sunset Grille at about $15 a meal there was little to offer under $35 per meal and that did not include any wine, appetizers, dessert, coffee, plates or silverware.


We were here for the weekend to see the Festival of Lights in Niagara Falls, a yearly display of Christmas-oriented lights in the parks bordering the falls. The Niagara Parkway connects NOTL and Niagara Falls. It’s about a 20 minute drive from one town to the other but is scenic all the way passing through Queenston Heights at the mid-point. The road travels alongside the Niagara River and Gorge.


Located on the Niagara River where Lake Erie drains into Lake Ontario, Niagara Falls is the collective term given to the Horseshoe Falls, American Falls and Bridal Veil Falls which straddle the international border between Canada (Ontario) and The USA (New York State). Many consider it to be one of the Wonders of the World though it technically is not. It is considered one of the Natural Wonders of the World. Semantics aside, it is usually insanely crowded with visitors arriving by the busload to see the falls. However, this was the off season and it was benign, actually enjoyable, especially at night. In winter the falls are a delight if for no other reason than there are not tens of thousands of people standing around gawking at them. 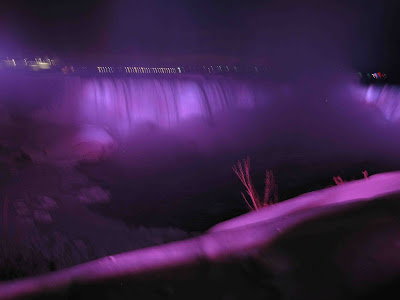 We managed to find a $5 parking lot at the top of Clifton Hill then we cautiously made our way through the dinosaurs and walked unencumbered down the hill through the frigid night air. To say the lights in the park were enchanting would be a huge understatement. This is why we came so we wanted to be sure to take in as much of it as we could. The Niagara Falls Winter Festival of Lights is now a tradition drawing visitors from around the globe. Luckily we missed the brunt of that onslaught but the two million lights displayed along the parks and roads are not to be missed. 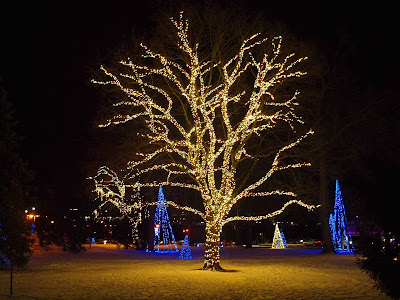 We returned to our oasis in the seemingly affluent atmosphere of NOTL around 9PM. As suspected all spots in the underground parking were now taken – hey, some bastard stole my spot! I parked in the snow in the lot just outside the garage. Why should this be any different than at home? I did try to squeeze into a spot that was likely designed for a large bicycle. I could have got the SUV in but we wouldn’t have been able to get out of the vehicle and we wouldn’t have any mirrors intact so I abandoned that effort. On our way past Reception we begged a couple more welcome cookies then fittingly finished our evening drinking our Twist of Fate wine and watching Friends reruns on TV. That’s what holidays and road trips are all about.


Posted by Eric Whitehead at 09:03 No comments: