The drive through the empty Chalk Creek Canyon to the ghost town was an eerie prelude of things to come. St. Elmo is a ghost town in the heart of the Sawatch Mountain range southwest of Buena Vista. Founded in 1880 it grew to a population of 2000 when silver and gold mining were active but by 1922 the mining industry declined and the train to St. Elmo was discontinued. Postal service ended in 1952 and the town died.


Surrounded by mountain peaks with the wind blowing dust down the deserted dirt roads left us with a dream-like vision of what must have been. The distant sound of hammering and talking only added to the spooky feeling as we wandered knowing there were people present but realizing we were unable to see them.


Is the loss of this part of history the price we pay for what is so often and so errantly called progress? If I were to hazard a guess I would say that this town is presently being restored and if we were to return in 20 years we would find a carnival-like commercial Wild West atmosphere that would totally rob this town of its current mystery and charm. I was much happier knowing we saw it while it really was a ghost town not some wannabe theme park. 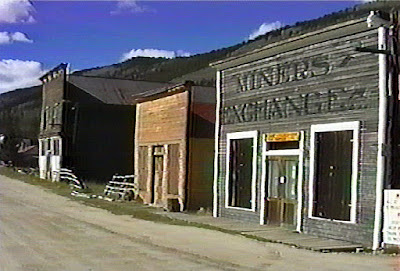 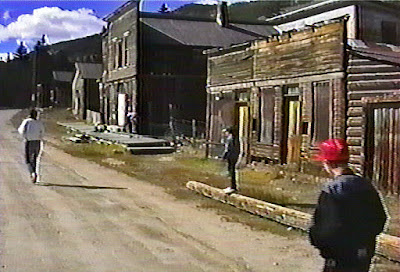 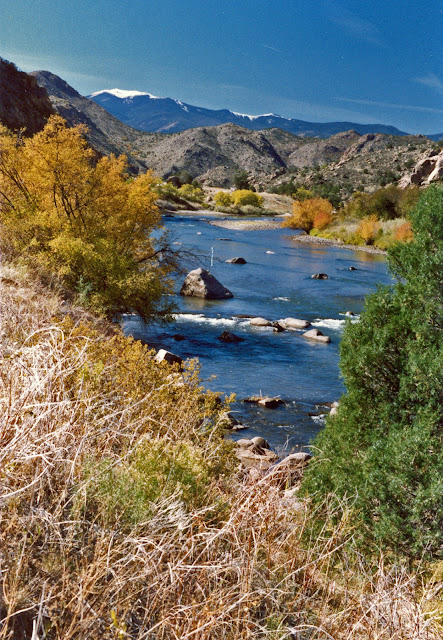 for more information go to www.thatroadtripbook.com
Posted by Eric Whitehead at 07:09 No comments: 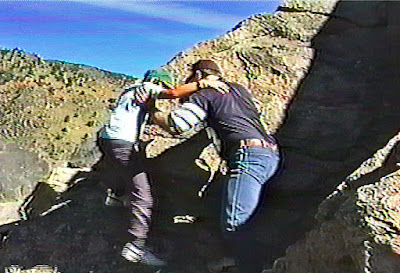 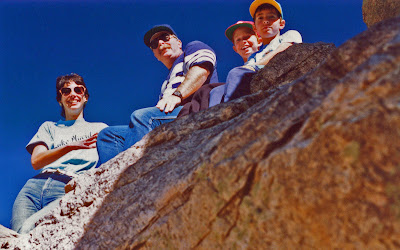 Posted by Eric Whitehead at 06:11 No comments: 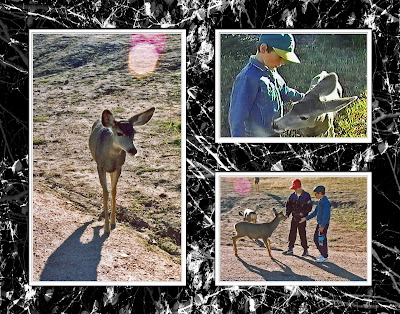 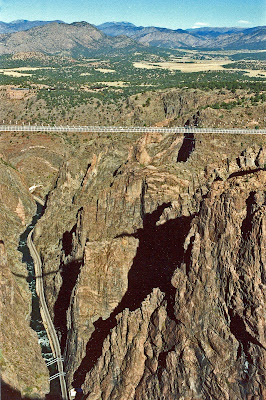 Posted by Eric Whitehead at 07:29 No comments:

Today we would be heading up Pikes Peak, yes that’s Pikes not Pike’s. In 1891 the newly formed US Board on Geographic Names recommended that apostrophes not be used in names. In 1978 the Colorado state legislature passed a law mandating it be called “Pikes Peak.”


I expected the journey would bring us some trying moments, like the altitude, but we were ready to give it our best effort. It is 30-some miles west of Colorado Springs and as part of the Front Range of Colorado’s Rocky Mountains it rises an impressive . Starting just a few miles up Ute Pass at Cascade, the Pikes Peak Highway climbs steadily to the summit, the last two thirds still being unpaved in 1990.


The road had a series of treacherous switchbacks called the W’s because of their shape on the side of the mountain with a continuously steep climb out of the densely forested lower level to a barren, open expanse toward the top. The road was dirt for the highest parts and was an unnerving drive as there were no guardrails so you had to be comfortable with your driving skills. With great risk, however, came great reward.


At the top I felt alone as I gazed across the peaks and valleys with the howling wind and surrounding snow providing an indescribable sense of isolation. The air at this altitude contains only 60% of the oxygen available at sea level. We had trouble breathing and felt nauseous but I managed to take a few pictures, had a quick look in the gift shop then suggested we head down immediately because that was the only way the nausea and light headedness was going to subside. The trip up Pikes Peak was a real eye opener as I discovered that one felt like absolute crap at .


On the drive down the switchbacks came at us fast and furious and all of a sudden the fact that there were no guardrails seemed to be of greater concern. On top of that was the worry that my brakes would melt as I was pretty much riding them the whole drive down, to the point we felt it best to stop a number of times just to let them cool down. Somewhere on the trip down the mountain the nausea disappeared as we descended in altitude. There was so much to pay attention to that I didn’t even realize I felt better until down to the highway but I’d do it all again in a heartbeat and wouldn’t change a thing – well, maybe I wouldn’t bother to go into the gift shop. 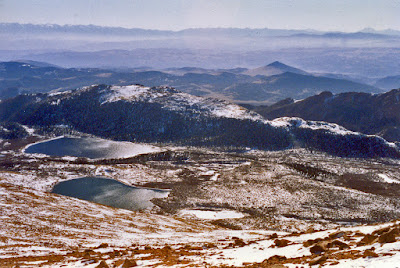 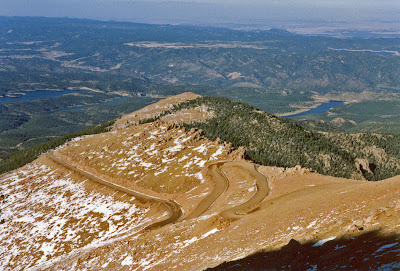 
Posted by Eric Whitehead at 04:57 No comments: