How to Break Out of Boring Vacations

I’d like to preface this by saying, “Don’t do this!” It was irresponsible and wrong but it was pre-911 so we survived to tell the tale. Chicago is all sirens and architecture but that did not diminish our desire to take the boys, Gavin and Adam, there – and I guess we better not forget that Al Capone thing.


They say that getting there is half the fun but on a drive as boring as Toronto to Chicago via Detroit I found a way to make it more than just half the fun. It’s not that it was particularly orchestrated by me but sometimes you have to just sit back and let the chips fall where they may. Interstate 94 is the fastest and most direct route from Detroit to Chicago so I was hard set that that was the only road I was going to take. We crossed the Ambassador Bridge and cleared customs into the U.S. quickly then it was an easy task following the well signed route to I94. As I approached the ramp the barriers were down blocking my progress and it was very evident that the highway was closed. Shit! This was going to be a pain in the ass and I had to use this road – it was the only way I knew and there was no indication where the detour might go. It was Sunday morning and it didn’t even look like there was anyone working so I thought, “What’s the worst that can happen? I’m going to give it a try!”


Looking around to make sure there were no police or any other prying eyes I ascertained “the coast was clear” and drove cautiously around the barrier onto the ramp. I was prepared to play the dumb ass tourist card if we were stopped and we entered the freeway easily as there was no traffic at all. Have you ever driven on a totally empty Interstate? Well I must say we were making awesome time and the first 10 miles just flew by. Of course there was absolutely no one else on the road, no work crews, not a damn thing. However, ultimately there were several people actually working and they looked on in utter amazement as we went flying by. With angry shouts and shaking of fists they made their displeasure obvious. We, on the other hand, truly did have very mixed emotions. The sheer terror created as we worried what would happen if we were caught and stopped was only slightly overshadowed by the lunacy of doing something so outlandishly reckless. I turned to Karen and jokingly said, “Stop laughing! We want them to think this happened by accident!”


A few more miles and we were home free as the closed section met the open section and we were legal again. No long line of police cars with lights flashing and sirens wailing, no angry highway construction workers chasing us – and no gunfire. We made it – probably the most irresponsible, idiotic thing I have ever done but it sure saved us an enormous amount of time and now, yes, getting there was half the fun! 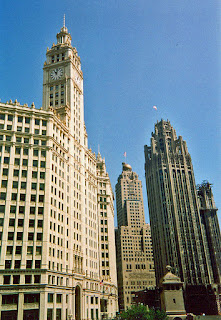