I don’t know if it was the clear New Mexican skies, the fresh mountain air or some strange concoction of both but there seemed to be an inordinate number of low flying birds around. There were not flocks of them just lots of single birds flying dangerously low to the ground and totally at random so much so that in the course of about we hit at least three of them. We heard a dull thud somewhere at the front of the van then I looked in the rear view mirror as the unfortunate flight came to an end with the avian careening off the road behind. Young Adam was laughing as he thought it rather funny each time we hit one. At first I wondered what he thought was so funny then he innocently asked, “They’re okay aren’t they Dad?” That’s when I knew I was a parent as I had to smile through my outright lying lips and say, “Yeah, they’re fine.”


As we entered Arizona we were all feeling a bit hungry so decided to munch on some muffins that Karen had made a few days ago. It was unbearably hot in the van as we had no air conditioning and we had no water or anything else to drink and let me tell you, there is nothing like a bone dry muffin on an empty road in the desert heat. As we all struggled to swallow a mouthful of muffin that might as well have been a mouthful of sawdust I was the first one to “voice” what everyone was thinking. Turning my head to the open window on my left I took a deep breath and spit a huge spray of muffin dust out into the arid air. Laughing uproariously, the boys did the same sacrificing our great snack.


Caution must be taken as you walk amongst the cacti for cactus needles attack relentlessly and many come equipped with a barb on the end which makes their extraction painful at best. No amount of tough denim or even thick-soled boots can escape their wrath so tread lightly my friend, as if you were walking on eggs.


As we continued on we wound along the road passing between massive hills of cacti on either side of us and I could not help but think I was living in an old western movie. We stopped at the roadside to explore and in a barbed wire enclosed area were amazed to find that it was more than the desert cactus we had to worry about. Here, for some unexplained reason, a sign indicated caution because an unexploded mine field lay ahead. I knew we were close to the Mexican border but this was a tad extreme don’t you think? 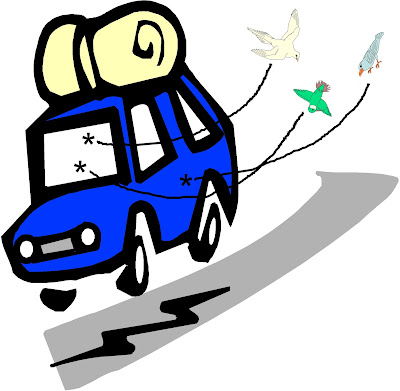 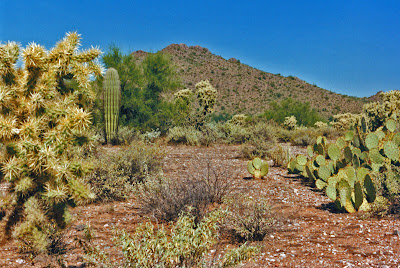 for more information go to www.thatroadtripbook.com
Posted by Eric Whitehead at 07:26