Cape Cod is a peninsula in the easternmost portion of Massachusetts. Its small-town character and expansive beaches attract a massive number of tourists during the summer months so hopefully we will miss all that. We buzzed through the upper cape, the part closest to the mainland, pretty quickly. Continuing on up the south coast we arrived in Chatham, a quaint town despite the growth of population on the Cape in general. Home to the Chatham lighthouse established by President Thomas Jefferson in 1808 the town also maintains the fishing village appearance so evident all over Cape Cod. The harbour is surrounded by large wooden houses looking down on the town from the dunes above.


As we passed through the town of Eastham we stopped at what appeared to be an abandoned home. Edward Penniman, a whaling captain, built this French Second Empire-style house on a knoll overlooking the Atlantic Ocean in 1868. Entrance to the grounds was through an enormous archway of whale jawbones at the gate. Humming the theme from the Munsters TV show I circled the mansion photographing and videotaping as I was fascinated with this bit of whaling history. A turret and a widow’s walk topped the building and made me wish we could have gone inside to explore but at this particular moment it was not open to the public.


Known for its abundant oyster beds, Wellfleet is located half way between the tip and the elbow of Cape Cod and was where we chose to spend the night. A fishing village like so many we had seen all day, nearly half of its land area is part of the Cape Cod National Seashore.  A slightly different view greeted us as we arrived late in the day when the tide was out; kind of funny if not a little bit eerie to see all the boats sitting on the sand as if thrown there after some violent storm.


We finished the day with another session of dune jumping, one that I joined in as it rapidly escalated to a family competition with Karen filming on the video camera. The sheer joy in Gavin and Adam’s faces said it all – when we look back we will realize, these were the times of our lives. 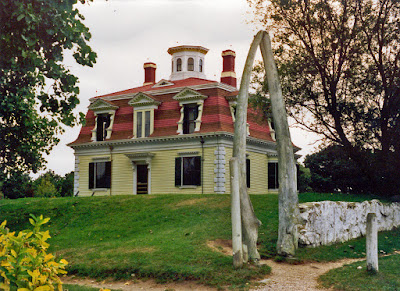 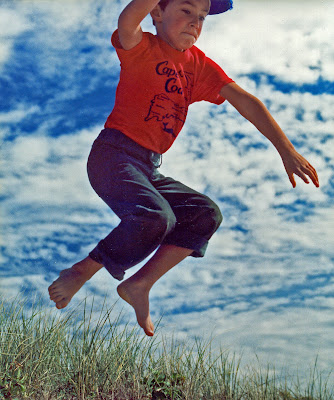 for more information go to www.thatroadtripbook.com
Posted by Eric Whitehead at 06:04