Few things can ruin a good road trip faster than car sickness. Specifically the result of riding in cars it is generally referred to as kinetosis or motion sickness. Characterized by dizziness, fatigue and nausea ultimately leading to vomiting, the condition is the result of the disagreement that exists between visually perceived movement and the vestibular system’s sense of movement. The vestibular system is the sensory system that contributes to our perception of a sense of balance and spatial orientation. All very scientific and mysterious, put simply it means if you ride in a car for too long (sometimes an alarmingly short period of time) you’ll puke.


Younger son Adam suffered from car sickness frequently so between stopping for him and stopping for me to take photographs it’s a wonder we ever got anywhere on our trips. By the time our first trip to Florida came to an end Adam had thrown up in 12 states – quite an achievement I’d say. Short of trying to drive steadily and stopping for air on a regular basis there wasn’t a lot I could do to help so I always felt bad for Adam.


You’d think most people would be compassionate about this unfortunate propensity especially where a child is involved but sadly that’s not always the case. In the relative cool of the early morning we were crossing a bridge on our way out of Idaho Falls when Adam gave the word to stop. I managed to get off the bridge and pull over on the side of the road. Adam did not throw up this time but still felt very queasy so he and Karen went for a little stroll on the bridge while Gavin and I hung out near the van. A local sheriff pulled up and asked if there was a problem so I explained that Adam wasn’t well and needed some air. By this time he and Karen had returned to the van and the sheriff looked at Adam and commented that he looked fine and we would have to move on. Whatever happened to the friendly service provider’s compassion for children in distress? If only Adam could have puked on the sheriff right then and there – how sweet would that have been? 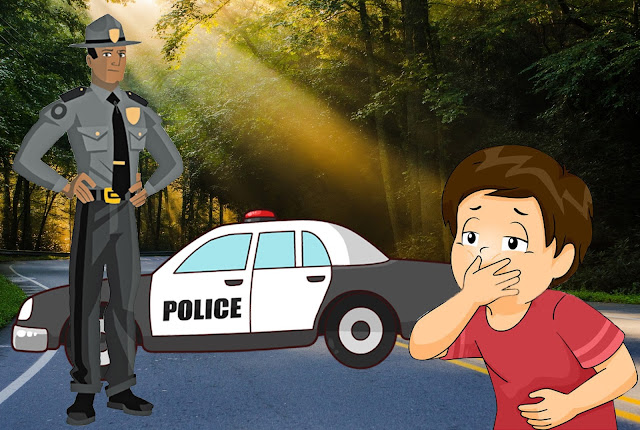 for more information go to www.thatroadtripbook.com
Posted by Eric Whitehead at 05:36