It was a fond farewell to Kouchibouguac National Park, New Brunswick - swatting mosquitoes to the last second. 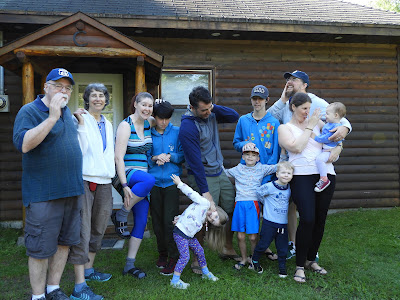 The line of cars leaving PEI was hilarious. A weekend music festival had attracted thousands and most of them were leaving as we crossed the Confederation Bridge. The back up was over 8 kilometres long. As great a sight as that was to me there were still thousands left. It's extremely busy here. We are in a Holiday Inn Express for one night in Charlottetown,

We arrived on the island around noon so did a little exploring before checking in to the hotel. When we were last in PEI (1984) the central scenic route was called the Blue Heron Drive. That is now the Central Coastal Drive and is the route we chose today. In a word, PEI is beautiful. Near Kensington we went off the route to the St. Mary's Historic Church. Established in 1902, it is a striking structure especially against the gorgeous blue sky. 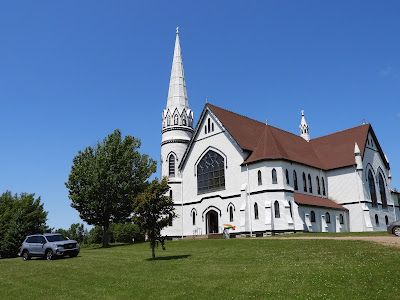 The little hamlet of Park Corner was an incredible interlude with its rich canola fields, even more impressive if you knew the dirt road detour we had to take around a washed out bridge. 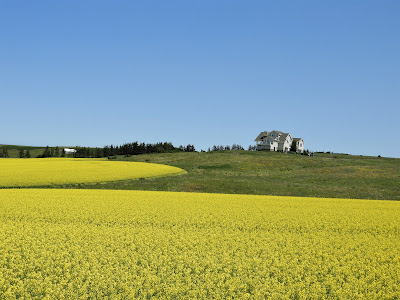 Considering I had never even heard of Park Corner it holds some interest to many as the home of the Anne of Green Gables Museum. Carriage rides are a real thing there. 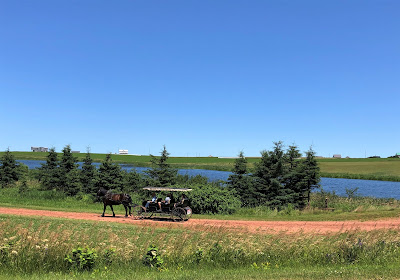 At French River we were treated, and yes that is the correct word, to a lookout that was situated in the perfect place. My experience has always been that lookouts are in the wrong place and I end up endangering lives by stopping along the road nearby. This time they got it right. 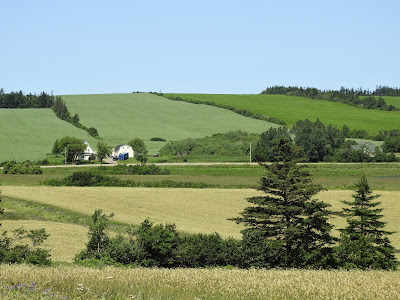 The locations are certainly not well known but the scenery is inspiring. This one is a little place called St. Thomas. As is the case, every time you try someone always walks into your picture. 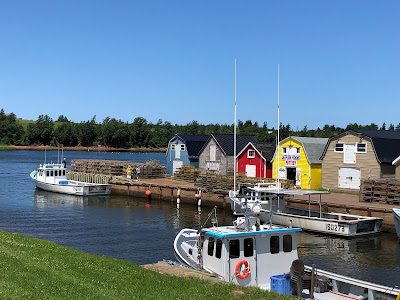 Our visit to Cavendish Beach was short. It was an absolute zoo and reminded me strongly of Clifton Hill in Niagara Falls. So commercialized. Shouldn't be allowed to happen. We arrived in Charlottetown around 3PM. Moving on to our final airbnb with the kids tomorrow for two days.