Today was Red Bay day. Although we had to backtrack about half an hour there was a couple of things we wanted to do there. Sadly all the museums and interpretive centres were closed (Labrador goes on hiatus at the end of September - 3 tourists isn't enough to keep things going) but we were prepared for that.
The road from West St. Modeste where we're staying to Red Bay is quite pretty - still trying to get used to mountains in Labrador. 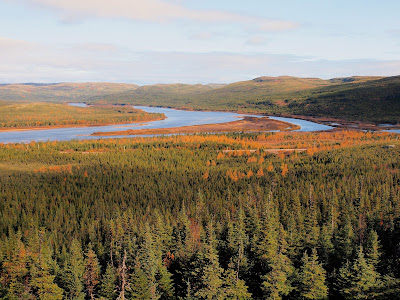 Red Bay is rich in whaling history so it was really too bad the museums were closed, so a couple of hikes were in order. Short but sweet it always seems when the distance is reasonable something else rears its head. Looking a little like the Great Wall of China the Tracey Hill trail was only three and a half kilometres long but..well..about 700 steps. 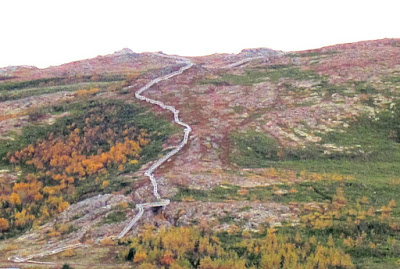 The Boney Shore trail was only 2 kms but featured a number of old whale bones along its course. It was a nice sunny day but cool. We were dressed in ski jackets, toques and gloves. I've said it before, we're not beach people. 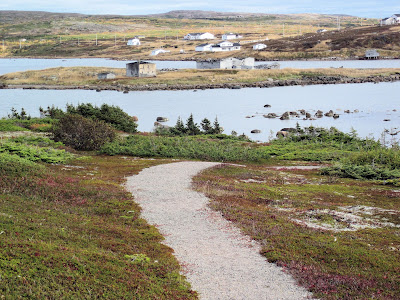