We made it to Labrador! Not a small accomplishment given the condition of our van and that of the roads. From Baie Comeau to Labrador City is a potpourri of good and bad. The 400 km from Manic 5 (there's a town name - actually it's a region) to LC is 2/3 gravel/dirt. Very beautiful but nerve-racking at times - care must be taken. 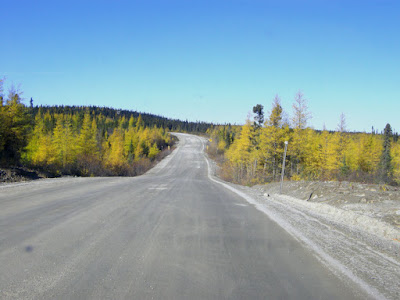 Don't get taken in - it can be dangerous. 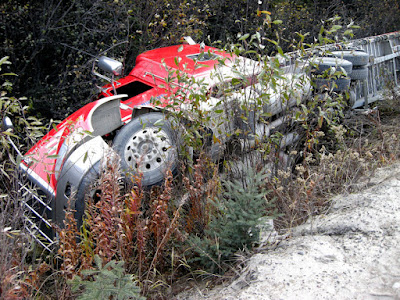 I think this happened a few days ago. We stopped and there didn't seem to be anyone around. We even stopped 15km up the road and called on an SOS satellite phone booth line to make sure they knew about this. Karen was told (by recording) that it would take up to 15 minutes for them to answer. 911 - please hold. Give me a break. As was the case with Murray and I several decades ago - we tried!
With all the clunking, rattling, banging and crashing I can't believe bits of the van didn't break and fall off. Bottom line - we made it to Labrador!! Now in a few days the road gets bad. Stay tuned. 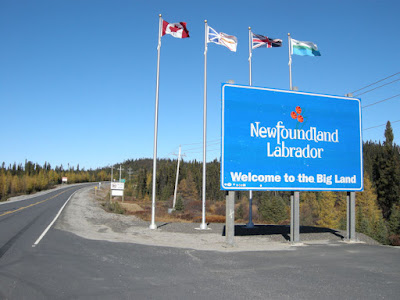 Eric and Karen
www.thatroadtripbook.com
﻿
﻿
Posted by Eric Whitehead at 15:12