It was incredibly cold as we left Churchill Falls this morning - well below zero with the wind chill. It didn`t take long until we drove into a bit of a snow storm. It gets late early in Labrador. 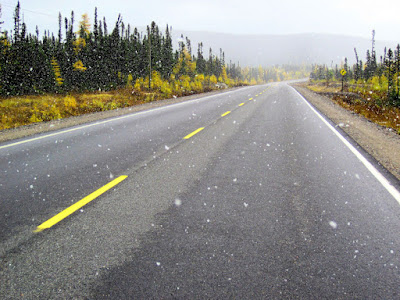 It cleared up quite nicely and autumn in Labrador is beautiful. 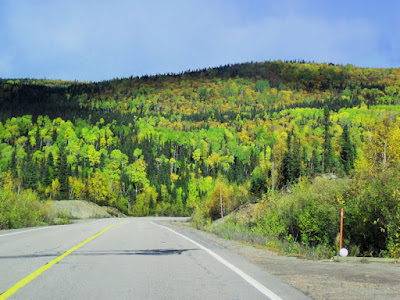 We had not seen any deciduous trees since southern Quebec so that turned out to be a real treat. 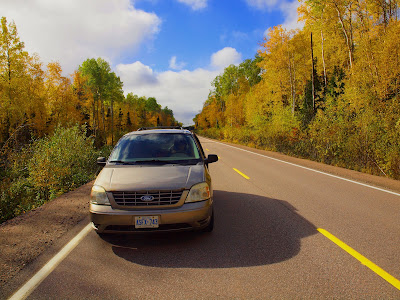 It was so cold when we arrived in Goose Bay that we broke out our ski jackets. Mike and Gayle are enjoying summer in Nova Scotia and we have January in Labrador - well we asked for it and I don`t mind at all.
Our room was not ready so we visited the airport which is very close by. Keeping up with current events after the fact we were able to catch a glimpse of the somewhat crippled Air France flight. How they ever landed here is amazing - this is a tiny airport. We parked and just walked around - no charge. No different than Toronto right. 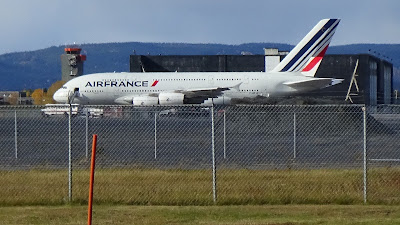 Murray has a major interest in WWII planes and for good reason given his father`s involvement in the war. Some of that has rubbed off on me and we spent some time checking out the relics at the airport. This one`s an RAF Vulcan XL361. 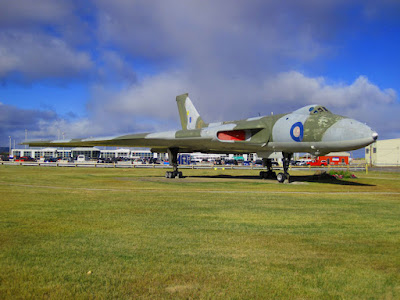 We`re here for 2 more days then we travel the gravel for the next week and a half. Here`s hoping the rolling pile of rust makes it.
Eric and Karen
www.thatroadtripbook.com
.
Posted by Eric Whitehead at 15:52