We're on the road again. It was another interesting drive from North Battleford to Leader. This part of the province is a seemly endless expanse of open fields and roads. There was some wildlife though - and we actually saw it! Rare for us. 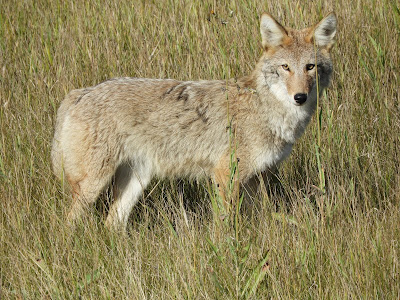 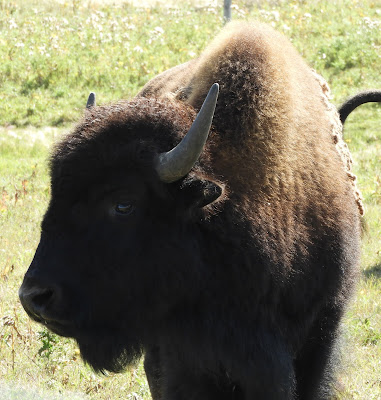 Once again Saskatchewan had a surprise in store for me. I suppose if the wheat doesn't yield enough revenue maybe there's something under the wheat. 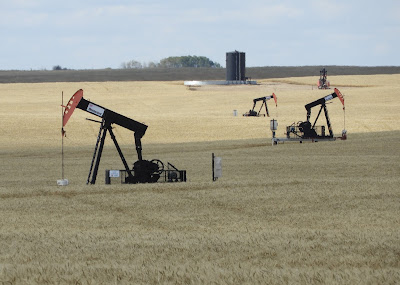 In a lot of ways it was the isolation of the day's drive that impressed me. This photo is the true definition of vanishing point. I love that I was standing in the middle of the highway to take this and just before I did someone coming the other way stopped and asked, "Everything good?" Canada has the greatest people on Earth. 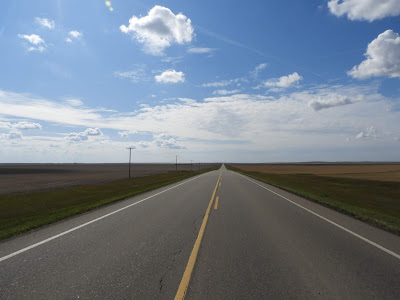