Today was scenically superior to yesterday - a bit more sun would have helped but we can't control that. Old Woman Bay is north of Wawa and is a good introduction to the beauty of Lake Superior's north shore. 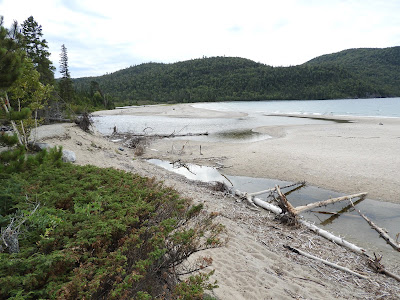 ﻿
We had time for a short hike before hitting the road again. We had an idea but did not know where we would end up at the end of the day. 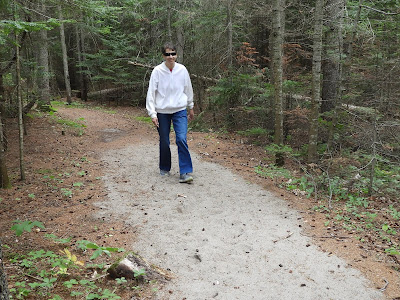 We thought we might stop in Marathon but then continued on to Terrace Bay. Everything there was booked - of course it was. Damn construction crews. We spent about an hour in total waiting in construction. Construction in the Toronto area is anything but unusual but rarely is it for this reason... 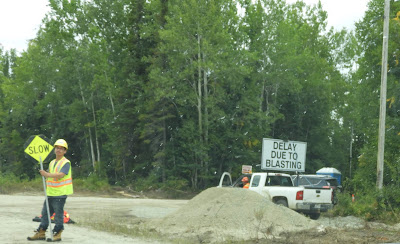 We landed in Schreiber. I don't know what they are originally known for but Jonny Harris' new season of Still Standing dedicates an episode to Schreiber. The woman at the front desk in the hotel we are staying proudly displays this photo. 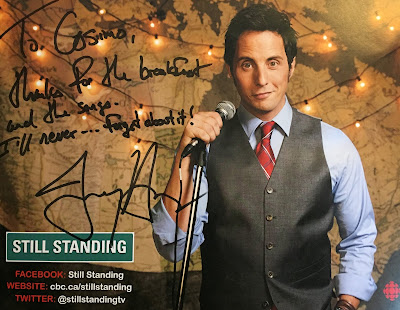