Despite being a small city (150,000) Moose Jaw is quite fascinating. The Tunnel Tours are a major attraction and rightly so. We took both of them. The city has many tunnels beneath used in Prohibition by numerous rumrunners and even Al Capone according to many and early Chinese immigrants. Many lived underground 24/7 for many years. The sets are amazing and the tunnels are real. 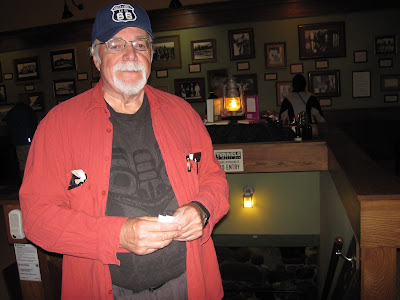 A picnic lunch in a nearby city park was quite nice on this glorious day - the end of summer. 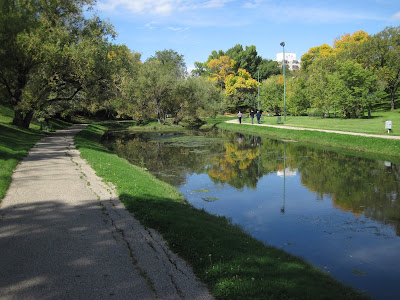 Moose Jaw is home to the Snowbirds stationed at 15 Wing Canadian Air Force Base. It may have been them we saw practising insane 90 degree straight down landings. Surprisingly there is not a museum or display onsite save a few classic aircraft. 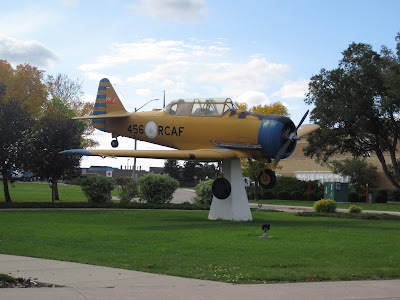 The area immediately adjacent to the base is quite pretty in its own right. 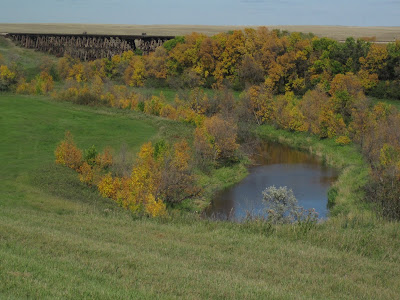 You can't visit Moose Jaw and not have your photo taken with Mac the Moose. He is missing his antlers because Norway has a bigger moose and Canada will not stand for that. Mac is destined for a huge rack to take the lead once again. 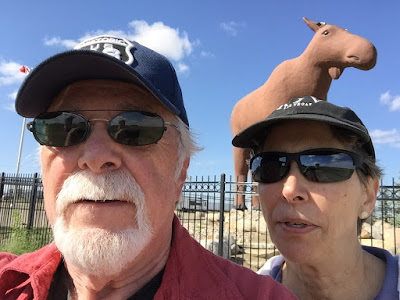