Still no sun but this is all new territory for us so it doesn't matter. We left the Falcon Beach Ranch - what a wonderful place. I'd love to return with the rest of our family some day - they'd love it!
Just east of Winnipeg you cross the longitudinal centre of Canada. It's a little sooner than I thought it would be. This one's for you Mike and Gayle. 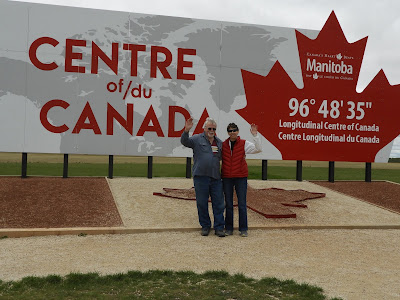 We were heading north a fair ways so I decided to take a less travelled route. After about an hour I checked the map and discovered we wouldn't get there until about 7PM so abandoned that route and returned to the TCH. It was further in distance but we pulled into Roblin around 5:30. It was a very pretty approach. 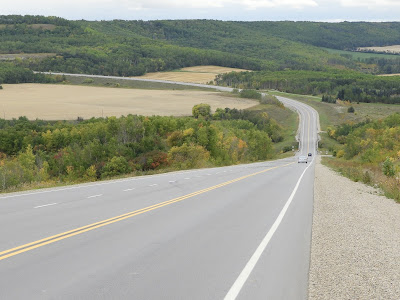 We're not far from the border so tomorrow will find us in Saskatchewan - the only province I have not visited.