Having seen no wildlife to speak of we visited the Yukon Wildlife Preserve - a very worthwhile endeavour. The young lady at the desk began by saying she was embarrassed to ask but were we seniors. After I stopped laughing I told her don't ever be hesitant to ask that. We probably surprised her when we chose to walk rather than ride the reserve (about 6kms with one killer hill). They don't have everything that exists in the Yukon but certainly have the bases covered. No bears or wolves - they'd probably eat everything else.
We returned the rental because we don't need that task tomorrow as our flight leaves at the ungodly hour of 6AM. There's a 5 hour layover in Vancouver and we should arrive in Haida Gwaii around 3:30PM.
Because of the excellent work done by Crystal (yes, we're on a first name basis with Air Canada staff in Whitehorse now) Air Canada Head Office called us at the hotel this afternoon. They still don't know where the bag is but they know where it was. It was scanned in Vancouver the day we left Toronto. Gee, it can't possibly go too many places from there right? This is the first response we've had. Thank you Whitehorse for kicking them in the ass to get them doing something. I find it ironic that our case has made it to Baggage Recovery now - you know like Search and Rescue; when the search is exhausted they move on to recovery to locate and retrieve the body. 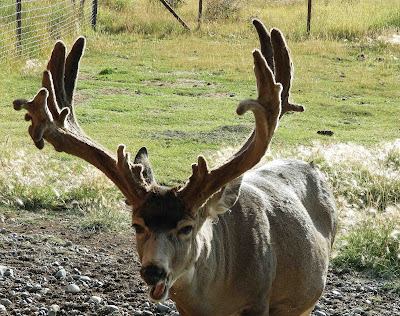 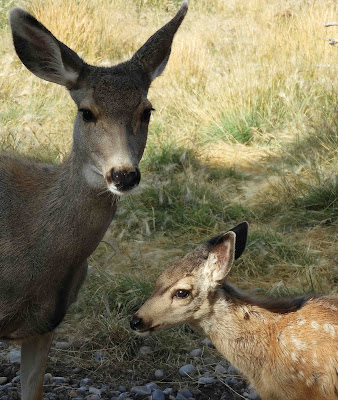 as did the mule deer 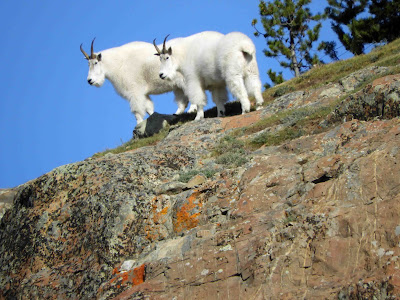 these mountain goats were up awfully high - thank goodness for telephotos 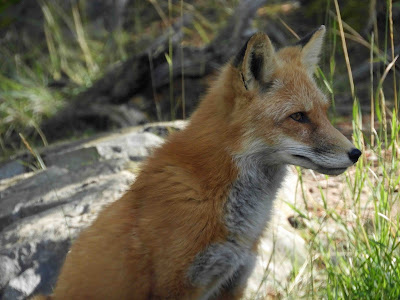 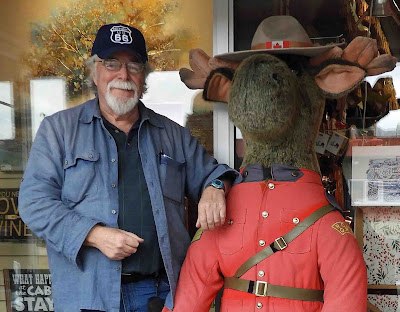 Eric and the real Canadian moose 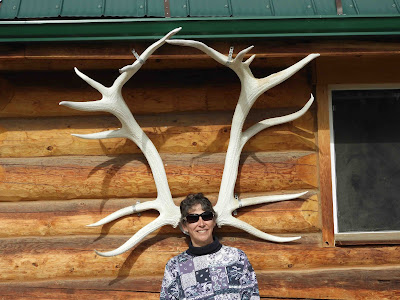