Today was a fabulous introduction to the real Haida Gwaii. A wet and wild zodiac tour (wet from the weather at the beginning of the day, wild as I swear we were airborne at least part of the time) took us to the Haida village of K'uuna.

We saw more wildlife today than we have seen this entire trip. Started with the bald eagles in the camp where we started. We had seen a lame deer on the road - sadly I think his days are numbered and another at the Haida village. On the way back we encountered a Humpback whale, fairly close to the zodiac. As we left there was a bear on the road but I was in the back of the van so was fortunate to see it - getting a photo was out of the question.
The four of us are off to Tlell for a few days tomorrow. Apparently internet is bad to non-existent so the blog may be missing in action for a few days. It's all part of the adventure. 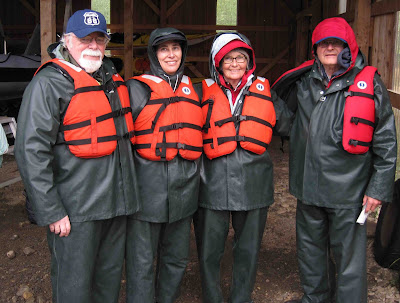 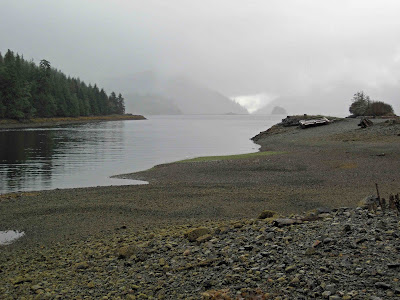 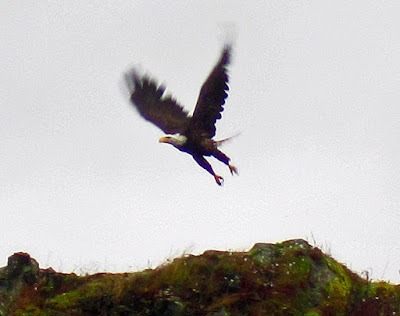 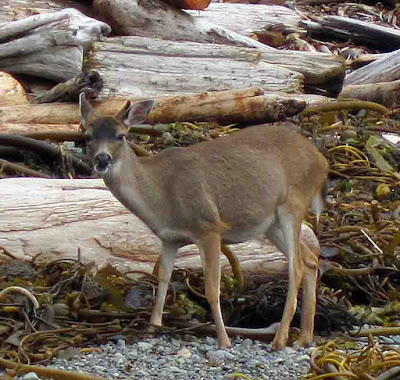 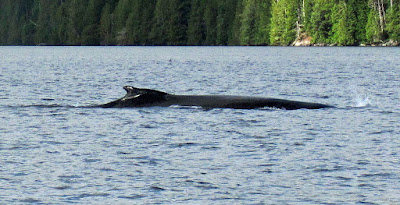 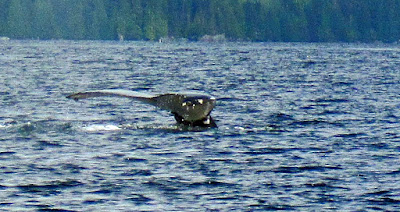