A cloudy, cool (5 degrees) day turned into a sunny beautiful day in southern BC. It was 20 degrees which is verging on hot in my book but the mountain scenery heading south was exquisite. We left Dave and Christy's paradise around 9AM. They have been incredible companions on this trip - that's what friends are all about. After about 5 hours of driving we have landed in Hope again. Reviving Hope! There were numerous stops along the way.
I still cannot get over the fact there is a large desert in BC. Still say it's New Mexico. The TCH was not too busy so stopping didn't hurt. Everyone I passed passed me when I stopped so I had to pass them again. Felt like I was in the Gumball Rally.
Hell's Gate was a different kind of sight. Not as much water as I had anticipated but not to be missed on any first trip to BC. We'll be doing some exploring tomorrow - stay tuned, only 2 days left. 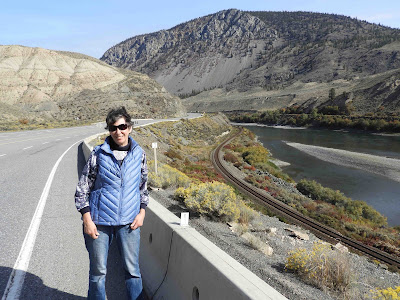 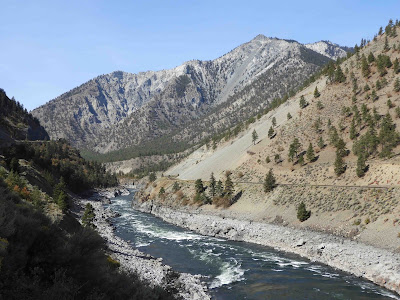 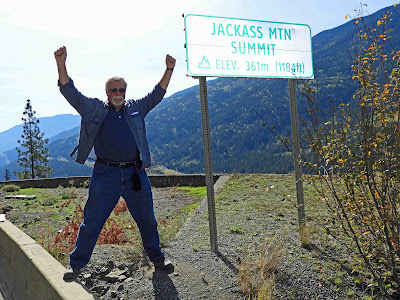 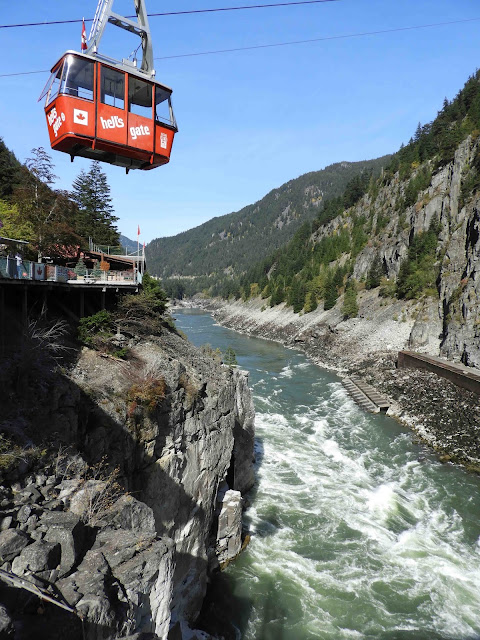 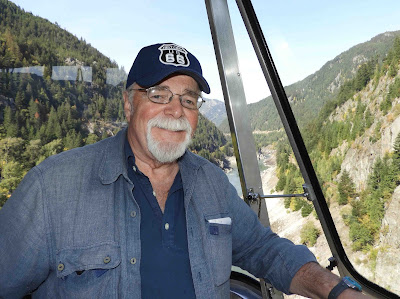 on the gondola
see also   www.thatroadtripbook.com